Listening to Music with your Child 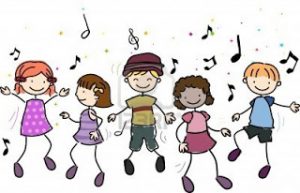 Not Just for Listening
Before you pick the songs, keep in mind that your child benefits from doing more than just listening. To get the full benefits of music, children need to sing, clap and dance along with the tunes. Singing and moving to music tells the brain to make meaning of it, a cognitive process called audition, explains Lili Levinowitz, cofounder of Music Together and professor of music education at Rowan University of New Jersey.

Audiation in music is like thinking in language. We learn by practicing it, making sounds and essentially training our brains. The brain can only develop its musical comprehension if we tell it to through singing and dancing, not through simply listening. “We’re isolating ourselves with the earbud,” she says. “My research shows that 50 percent of children enter kindergarten without knowing the difference between singing and speaking.”

As you start to build your child’s music library, focus on interaction with the music that’ll help train your child’s musical ear. Peggy Durbin, a music educator at Kindermusik in Columbia, Md., suggests using bought or homemade instruments to play along. Help your child make music, not just listen to it. 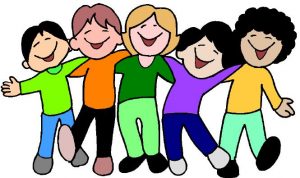 The best musical library for your child includes a wide variety—a mixture of genres you like and music they like. Levinowitz compares music you play to the foods you serve: you don’t want your child eating only mac and cheese, or similarly, listening to the same CD all the time. “Create an ear food buffet,” she says. Your musical menu should consist of songs from your culture and those around the world, as well as music that you love.

“In addition to playing multiple genres of music, parents should play music that they enjoy,” says Eric Rasmussen, chair of early childhood music at the Peabody Institute in Baltimore. “I emphasize classical and jazz especially (that’s my taste), but there is no bad type of music. It’s harder to find appropriate music in some styles than others.”

In order to challenge your child musically, aim for a variety of rhythms and tonalities, or songs that are in different keys. “Play adult quality music,” adds Rasmussen. “It is also best to play music that does not have strident tone quality, that is, music that changes its sound frequently. Orchestral music is best for this. By contrast, most thrash metal bands usually don’t have much contrast from one song to the next, let alone within a song.” 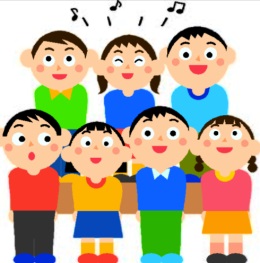 Variety exposes children to more styles, but more important, musical variety may help them learn better. “Children learn through the juxtaposition of difference,” Levinowitz says. “They should be singing those songs in unusual tonalities. Other beneficial actions include singing along or chanting to songs that are in asymmetric meters and not necessarily inherent in the culture.”

Start with the Familiar

When determining how to introduce your child to music, consider the songs you sang growing up and start there. Durbin suggests starting with nursery rhymes put to music before gradually moving into folk songs and classical numbers as the children reach preschool age.

When in doubt, consult the experts. The National Association for Music Education (NAfME, formerly MENC) created a list of 42 songs every American should be able to sing in hopes of uniting more people and communities through song. The list was created in 1995 and has since been expanded; it is a great starting point for a family musical library.

“For ages two to nine, most of these songs are sophisticated,” says Elizabeth Lasko, assistant executive director of NAfME. “Little kids can sing ‘I’ve Been Working on the Railroad’ with ease, but they may have more trouble singing ‘Blue Skies’ by Irving Berlin. The list imitates book form, making it a resource for kids to start with and potentially master by the time they are teenagers.” Parents can also learn these songs with their children, making it a bonding activity to do together.
Rasmussen has a list of songs, some of which are also on the NAFME list, that he uses to teach young children melody and harmony.

Classical
As you expand your child’s library, consider adding classical music—especially if the piece tells a story or teaches them about instrumentation. You can try Carnival of the Animals by Camille Saint-Saens or Peter and the Wolf by Sergei Prokofiev, both of which use instruments to represent different animals and characters. The children can learn about specific instruments while learning a story. “A programmed classical piece is going to help children feel comfortable with classical music and get the story at the same time,” Durbin says.

Rasmussen suggests avoiding very long orchestral music, and instead listening to short pieces about four to five minutes in length. He also says that string quartets or other pieces that rely on only one class of instruments are not the best for young children because they may not demand as much of the child’s attention.

“Any music that has strident timbre (or tonal color) will not distract children to listen to it as much as music that shifts in tonal color more frequently,” he says. “String quartets are wonderful, but it is all strings and doesn’t distract a child’s listening as much as an orchestra that has more variety of instruments. The same would go for brass or woodwind groups.”

What Should Be Off Limits?
While many music educators believe there is no such thing as too much music, it’s up to you to decide what, when and how your child will listen to it. Some music educators caution against purchasing mainly “children’s music,” which may be more about the lyrics than the tune, and instead aim for child-friendly music.

“Kids’ CDs that are geared toward children are not necessarily very healthy music for children to be listening to,” Rasmussen says. “They are often poorly produced, sung by children singing as if they are adults, and in major keys only,” he says. Follow this rule: If you think it’s bad, it probably is.
“Music with inappropriate lyrical content should be avoided,” Rasmussen says. “There is no bad style, it’s just harder to find hip hop that is high musical quality and also has appropriate lyrics.”

Parental Guidance Suggested
Although your child may be an expert with your iPod, you may want to be nearby to guide him. “Until you think your child can make good selections, I would recommend supervising what they are listening to,” Durbin says. Sit with your child at the computer and go through iTunes or Pandora to find new songs to add to your developing collection. “As children get older, encourage them to be more independent with their selection of music. In the car, give them a choice of CDs or stations,” Rasmussen says. Then take turns playing music you like. Also, remember to turn off the music and give children the opportunity to sing on their own and practice the songs.

Sharing Music Time
Your child may not like your passion for Pink Floyd, no matter how loudly you sing along, and that’s okay. The point is to give them time with the music they like, and then bring your own music into play. Take them to an outdoor concert so they can see the music in action. The more they hear different types of music, the more expansive their tastes and respect for artists and genres will inevitably be. 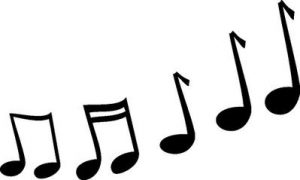 Whether it’s your choice or hers, remember above all to model your love for music. Sing, hum, dance or air guitar to your favorite songs, even if your child doesn’t like them. It doesn’t matter if you can’t sing in tune or dance well, because you are showing them the joy of music.

“In addition to playing multiple genres of music, parents should play music that they enjoy,” says Eric Rasmussen, chair of early childhood music at the Peabody Institute in Baltimore. “I emphasize classical and jazz especially (that’s my taste), but there is no bad type of music. It’s harder to find appropriate music in some styles than others.”

TwitterFacebookPinterestLinkedinEmail
This entry was posted in Making Memories. Bookmark the permalink.